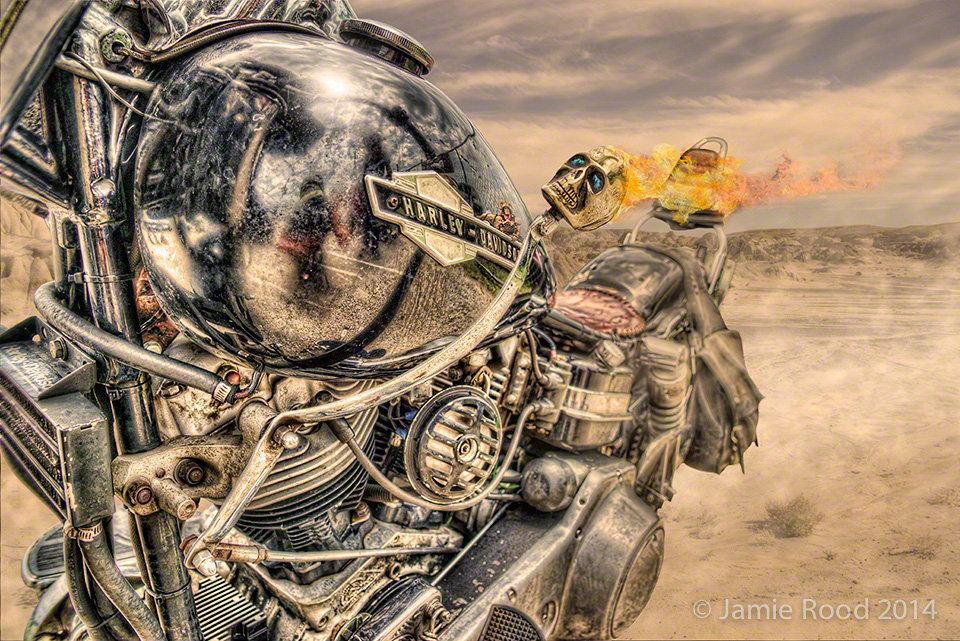 Finally in town during the Republic of Texas (ROT) Rally. Since I was not on the official list*, was not allowed to take photos in the official event space, but met these guys out in the parking lot. Instead of searching out more bikes around town, decided to let let Serendipity play out and followed my muse on the first shot. Inspired by the ‘Ghost Rider’ film we we watched recently (Nicolas Cage), I added flames coming from the skull, but on the ground seemed too much – a little dust will suffice 😉 Yes there is something ‘fairly ‘hidden’ – see the pic below for a ‘big’ hint. Needs a little more work, but finally have an image with a ‘Harley-Davidson’ in print. 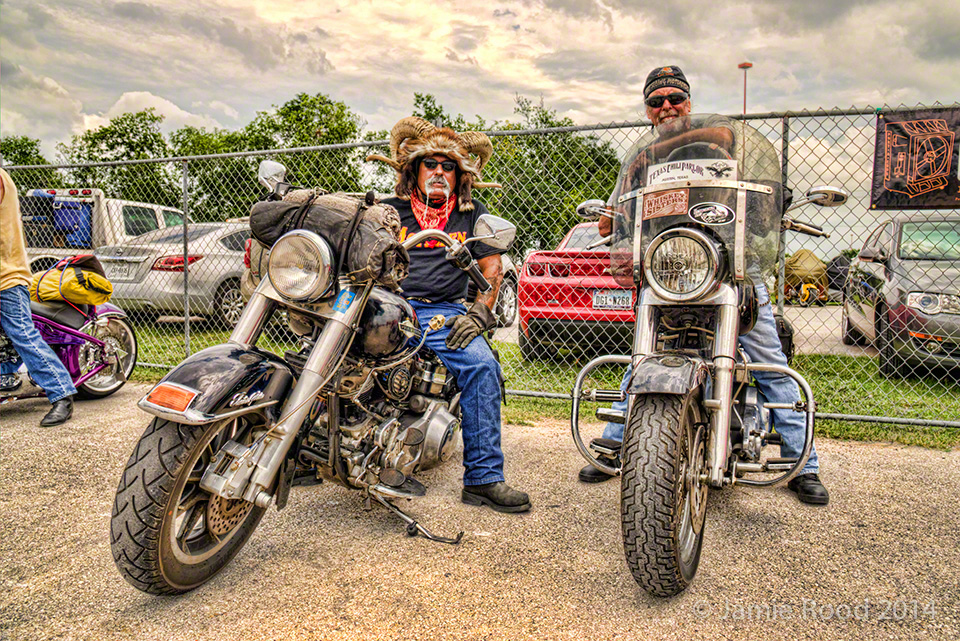 Hey guys – can’t wait to hear from you to see what you think?

* Had tried online email form and phone calls – nice girl at sign-up said you have to sign-up in January.